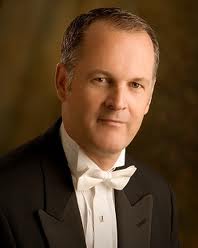 The Utah Chamber Artists open their season in the Cathedral of the Madeleine next week with their ever popular collage concerts. Titled “Chant and Contemplation” the program will be a journey of discovery that will take the audience through a wide array of choral music, from Gregorian Chant to the present. “It’s definitely going to be an exploration,” founder and music director Barlow Bradford told Reichel Recommends. “I think we have some great music. A lot of thought went into selecting the works and the choir has really been enjoying singing them.”

Programmed are works by Tomás Luis de Victoria, without question one of the most profound composers of the Renaissance; William Walton; Ludwig van Beethoven; Ola Gjeilo, a Norwegian who now lives and works in the United States; the contemporary Lithuanian composer Vytautas Miskinis; and also Bradford.

Central to the concert, however, will be the premiere of a new piece by UCA favorite J.A.C. Redford, “Rest Now, My Sister,” written in memory of his sister who was killed last year in Salt Lake City. “It’s a very somber piece,” Bradford said. “It’s graphic at the beginning because he relates the entire situation first. It’s not a pretty little piece but it’s powerful and beautifully written.”

Bradford and the UCA always look forward to performing in the Cathedral of the Madeleine, he said. “It’s a magical space and we always try to utilize the various areas of the church.” Bradford likes to move his musicians around. “We’ll sing by the side chapels, in the organ loft, behind the bishop’s screen and by the baptismal font in the back.” But rather than do the concert the same way each year, Bradford likes to add something new. “We’re focusing on the stained glass windows on both sides of the cathedral,” he said. “They tell the story of Mary and we decided to follow her life with our program.”

Lighting will enhance the experience, Bradford added. “This year, our lighting designer, Chip Dance (who is also the stage and production manager for the Utah Symphony|Utah Opera), will light the windows from the outside as we progress through the events of Mary’s life as they’re depicted in these windows.”

This year’s collage concerts will be a collaboration with the Salty Cricket Composers Collective, who earlier this month announced a composition contest for two short pieces for string quartet based on two different Gregorian chants. The winner of the competition was University of Utah graduate student Stephen Voorhees, whose “Aeternam” and “And Ever, Amen: A Memory” will be played at the concerts.