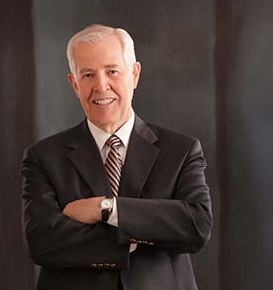 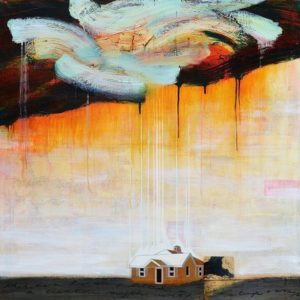 Wisdom teaches us that, along with its many joys, life’s path is strewn with darker moments that test our strength to endure. It seems that such moments meet us with astounding frequency. They may come as personal trials, or they may involve larger issues not of our making.  Surviving them usually means that we must ask hard questions and occasionally face our deepest fears. As individuals we often find our values and beliefs challenged in uncomfortable ways, and on the larger human scale, events essentially beyond our control force us to examine our collective responsibility for the state of the world in which we live. Arising from the “troubled waters” of history, such political and social upheavals inevitably leave their mark, and too often we are called to mourn man’s inhumanity to man. Fortunately, there are many ways to distance ourselves from devastating mental and spiritual collapse when troubles would otherwise overwhelm us. Over and over, we find that reaching out to one another with empathy and kindness can relieve all kinds of anxieties, disarming our sometimes exaggerated fears, and dispelling the specters that inhabit the darkness.

Traditionally, our species has found in art and music a marvelously effective means of articulating whatever lurks in the shadows. The literature of these disciplines is replete with expressive metaphors that cause us to contemplate the ambiguities and contradictions of the so-called “human condition.” Often they are honest, uncomplicated outpourings of abject sorrow and loss, coupled with pity and hope. But some works of art are wrenching, especially when they involve senseless violence and needless suffering, or, in the truest sense of tragedy, the collision of impossible choices. When we are overwhelmed by yet another school shooting or brought up short by some other unspeakable atrocity, art can give us hope that such things will someday cease. Not everyone can paint a Guernica or compose a soaring Adagio. But when these miracles of creativity appear, they give voice to our feelings and engineer contemplative spaces where, alone or gathered as one, we can safely wonder Why? and Whither? 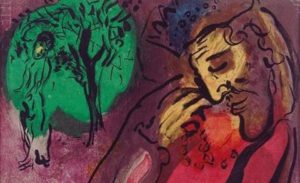 Tonight, our program is a winter’s tale in five parts. Part I begins in ancient Israel (“Absalom, Absalom, my son, would to God I had died for thee”). A song of slavery laments a sad chapter in the life of our country, and a battlefield lullaby recalls another American tragedy: Paul Simon’s touching remembrance of loyalty and brotherhood from the war in Viet Nam.  Part II presents contrasting images of the holocaust. Against the background of its diabolical hubris, “Dachau’s Song” crackles with biting, ironic humor; “I Never Saw Another Butterfly,” pays tribute to the women and children in the Terezin camp. Part three pairs two iconic pieces from popular American culture which have been especially effective in recent years addressing the deep wounds of our time. First the theme from “Schindler’s List” recalls the humanity and goodness of a man of conscience in the midst of madness. Claude-Michel Schönberg‘s soaring lyricism takes us back to the barricades of Victor Hugo’s Les Miserables, as Jean Valjean prays for the safety of Marius: “Bring Him Home.” 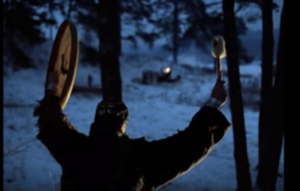 Parts IV and V bring us two of the evening’s most powerful pieces—Estonian composer Veljo Tormis’ Curse upon Iron, an intense, aboriginal metaphor about war, peace, and choice; and Peteris Vasks’ setting of the old Latin hymn, Dona nobis pacem. As is by now well known, the Baltic countries in recent decades have emerged as a mecca of avant-garde choral composition. Under Soviet occupation for much of the 20th century, they chafed under the oppressive thumb of Communist regimes, and freedom finally came without bloodshed, with hundreds of thousands of people singing in the public squares. Much of that impetus for freedom came from the poetic and musical determination of the native Baltic peoples to chart their own destinies.

Curse upon Iron employs the metaphor of the ancient forge turning raw iron ore into tools for the benefit of mankind, but unfortunately also used to create weapons of war: first swords, spears, knives, etc., then cannons, tanks, ships, and planes, and most recently, the ominous intrusion of nuclear bombs and other weapons of mass destruction. Reminiscent of Stravinsky’s Sacre du Printemps, the music (for chorus and percussion) portrays a kind of primitive rite in which the incessant beating and shaping of the red hot iron serves as a backdrop for poetry that traces the evolution of warfare to the point of total destruction. Will the planet and all the peoples of the earth survive this curse of hard metal against vulnerable flesh and fragile ecosystems? “Is this what we have come to?” it asks.  The answer is conditional: “If we have the will, we can choose peace; we can choose a rational, living world, blue and green with promise.  Or we can give back to the universe a black and broken shell.” 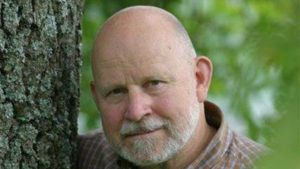 The genius of Vasks’ Dona nobis pacem (“grant us peace”) is his masterful use of color and texture, by means of which he is able to sustain this single phrase for 15 minutes of gripping drama. Led by unison strings, the work opens with contemplative distance, as if not quite of this world. The vocal ensemble sounds almost ethereal, its gentle entreaties gradually giving way to a series of more powerful assertions, incessantly stating the same three-word phrase again and again. As the supplicants realize that their plea may go unanswered, the tone of both singers and strings becomes increasingly stringent. Desperately, the pleading rises and falls—louder and louder, higher and higher—in pathetic defiance, as if to say: “Why won’t you listen, people of the world?!” One might be reminded of Barber’s Adagio for Strings, except that, unlike the Adagio, this piece climaxes not in ecstasy but in palpable anger against the wanton stupidity of war. And, while the Adagio seems to rise almost weightlessly through the celestial ether, Dona nobis pacem remains, even at the last, grounded by the low strings, as the voices, forced and heavy, refuse to yield to the possibility that peace may never come—unless mankind itself is willing to change. At the height of this pathos, the voices become mute, leaving the argument to the strings. Suddenly the strident rhetoric ceases.  The anger unexpectedly yields to a reasoned calm, ending in quiet determination—an epilogue of hope. 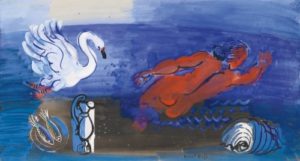 In the spirit of that hope, we recall a much admired poem, “Le vierge, le vivace et le bel aujourd’hui,” by the French Symbolist, Stéphane Mallarmé. “The virgin, vibrant, and beautiful new day, what will it bring?” Un cygne d’autrefois (“a swan of yesterday”) finds its wing trapped in the ice of a now-frozen lake (the unfulfilled past). When it could have flown freely into the azure sky, the swan was instead basking admiringly in its own proud, vainglorious image—a once magnificent self-portrait reflected in the clear, warm waters of summer, now an eerie crystalline caricature weighted down by torpor and apathy—a cold and sterile phantom. But this is a new day! Suddenly enlivened by the promise of the sun’s first tepid warmth, the phantom is transformed! No longer a weak and defeated creature, trapped in the lonely ice of despair and haunted by the specter of misfortune and regret, the swan raises its artful neck defiantly, as if to shake off the shackles of mortal bondage. A Spirit of translucent majesty, its unfettered Soul rises at last to celestial destiny. The once fettered swan has become—Le Cygne! 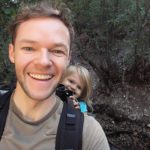 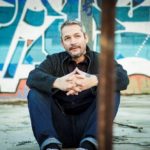